The next Chapter 67 Meeting is planned for July 25th

The June Chapter 67 Meeting was on the 24th at Noon.
It was a well attended virtual presentation via Zoom on
“All-Digital AM Radio”
with Jeff Welton from Nautel

In November 2019, the FCC issued a notice of proposed rulemaking (NPRM) under the docket for revitalization of the AM broadcast band. The purpose of the NPRM was to solicit comments on the use of MA3, all digital AM broadcasting, using HD Radio™ technology.
This presentation discussed the structure of the MA3 signal, benefits it can offer and the gotchas as related to the average station: What needs to be addressed, what might need improvement, what will work as is.
The goal wasn’t to argue whether IBOC is the best solution or not, but how to make it work to the best of our ability and raise awareness of possible issues, before they become problems.

Jeff Welton, CBRE, has worked with Nautel for 30+ years. He is currently the Nautel sales manager for U.S. Central Region. Previously he spent 16.5 years as a Nautel customer service technician, and was involved in the 2015 MA3 field tests with NAB Labs. A regular speaker and contributor on broadcast engineering, Jeff has been recognized with the following awards: 2020 NAB Radio Engineering Achievement Award; 2019 APRE Engineering Achievement Award; and 2018 SBE Educator of the Year Award. He’s also contributed to the most recent edition of the NAB Engineering Handbook and performs several presentations a year in the area of broadcast engineering.

For May 2020, our meeting was Virtual via Zoom
The meeting was held online Tuesday, May 26th at Noon and our thanks to Chapter 56 in Tulsa, OK for arranging and sharing the program hosted by Steve Moreen, Western Region Sales Manager for

Steve discussed Dielectric’s work to wrap-up Repack and featured a picture tour of Dielectric manufacturing plants in Raymond and Lewiston, ME. As the U.S. spectrum repack advances toward conclusion, Dielectric is hard at work preparing for the next generation of over-the-air broadcast opportunities for Radio and Television Stations. With Dielectric completing its remaining shipments for Phase 10 — the final repack phase for higher power stations — the company is ready to tackle the NextGen TV transition. Dielectric established a manufacturing strategy across two facilities that focused on advance production, assembly and stocking of antennas and supporting RF systems. This ensured that Dielectric could not only reliably deliver orders across strict repack timelines, but also accommodate emergency requests and fill new orders unrelated to repack.
Steve Moreen, KA6UGS is the Western Region Sales Manager for Dielectric and has been a Ham since 1967. Steve’s first job in commercial broadcasting was as a high school student in 1969, Since that time, he has worked as both technician and chief engineer at various radio and television stations as well as president and general manager of a commercial satellite teleport

The March and April of 2020 Meetings were suspended and will be rescheduled to a later month due to the Covid-19 Virus.

The February Program was on Thursday, February 27, 2020

In February 2020 we featured, Jay Gedanken, Vice-President of Business Development at Actus Digital

Presented “AI to Enable Intelligent FCC Media Monitoring”. We were at
At J. Gilligan’s 400 E Abram in Arlington, TX with Dinner provided at 6 pm and the Presentation at 7 pm

With a sophisticated, expandable Record and View platform for FCC Compliance monitoring. 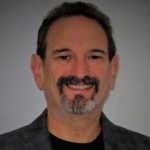 Jay explained how the Actus Digital platform expands to Loudness compliance monitoring and alerting, Ad Watch for tracking advertising revenue and much more.

Programming and Production staff will also benefit from a discussion of Actus media management, clip creation and redistribution with ClipFactory

Actus is a 15+ year old company with hundreds of installed systems with global 24/7 support in the USA and other countries. The Actus customer base includes some of the biggest broadcasters worldwide such as COMCAST, SKY, and FOX to name a few.

Jay Gedanken, former vice president at Scopus Video Networks and founder of the company’s North American operation, has a vast array of experience in sales, sales engineering, and management positions at Visionetics, Optibase, Adtec, and Sencore. Over the years, Gedanken has developed a deep understanding of broadcast workflows and expertise in providing simple and complex solutions for all levels of broadcasters, from single local affiliates to national networks.

Certification Schedule
Why Certify? – The latest info is always at SBE.org
Applications are now open until September 21, 2020 to take the next local round of exams in DFW from November 6-16, 2020
For details, Contact Dave Davis – Certification Chairman,
Phone Number (817) 235-4300 for Certification information.

Thanks to Rob Belle-Isle from Toshiba for presenting his

“What’s Under the Hood Tour”

John Lackness from BE led an active discussion around

Dinner provided at 6 pm and the Presentation at 7 pm

About our Presenter: John Lackness started his career in high school in Floresville, Texas, doing ascertainments for a new station in his hometown. After a year as a jock at KWCB, he went on to work as a DJ in San Antonio. It is there that he met and was mentored by Richard Schuh, the chief engineer as to what the heck goes on at the transmitter site and studios. And that is where his adult life radio illness started.
He has been chief engineer for KRNN, San Antonio, KRIA, San Antonio, KBTS, Austin, and did contract work for 10 stations in Southeast Texas and western Louisiana. He has since worked for companies such as Proaudio.com, RF Specialties of Texas, SCMS, Broadcast Depot, Tieline the codec company, and is now on his second revolution with Broadcast Electronics.

On September 26, 2019 there was no Formal Presentation

but we met for Dinner and discussed future program ideas

The August Chapter 67 meeting on the 29th featured

“The Future of Automated Closed Captioning”

Closed Captioning is created through speech to text technology similar to AI devices but using a variety of sophisticated elements including ASR (Automated Speech Recognition).

We learned about uses for Automated Captioning in multiple simultaneous live video streams created along with a live Broadcast and also its use in archival encoding.

Auto Sensing for Real-Time closed captioning can be implemented for incoming live feeds, such as Live 24/7 storm and emergency on-the-fly coverage.

Tricia demonstrated how the new advances in complex speech recognition and Automatic Closed Captioning can be configured for many languages and accents simultaneously and Live multiple language Translations can be displayed simultaneously on screen with dual closed captioning encoders.

Hope you were there to Learn the Latest!

Dinner was provided at 6pm and the Presentation at 7pm
At J. Gilligan’s 400 E Abram in Arlington, TX

See you next month on the 26th?

At the July Chapter 67 meeting the 25th,

Jacob Daniluck from Tieline; The Codec Company,Presented a Web Based Discussion

Broadcasting Reliably over an IP Network

Jacob discussed what IP Audio consists of and what can be done to broadcast reliably. We also talked about some of the common problems and troubleshooting tips developed over time from the folks at Tieline.

We were back at Gilligan’s 400 E Abram in Arlington

With Total Cost of Ownership increasing for TV and FM broadcasters, there is an increasing need to reduce these costs over the life-cycle of the transmission system while improving performance and reducing ongoing maintenance costs.

From alternative cooling systems to more efficient designs and reductions in required floor space to reducing service costs by minimizing required maintenance, there are a number of factors that reduce the cost of ownership while improving up-time and performance.

Don took us through some of the advanced transmitter technologies that enable reduction in operating costs for both for Radio and TV transmitters. And we discussed the Cost vs Price equations for a better understanding of the real TCO.

Out thanks to Avery Schultz, Regional Sales Manager for GatesAir for hosting the May 2019 Meeting at Milton Tower.

The great food from Campuzano’s was supplied by GatesAir  and we took a tour of the CBS11 Transmitter Milton site with GatesAir.

Thursday April 25th 2019, Chapter 67 hosted Eddy Vanderkerken from RFS
At the American Tower Milton Site in Cedar Hill for
A Live Demonstration of the RFS Tuneable Mask Filter Plus A look at the new ATC Milton Tower Site RFS Multi-Station Combiner
Everyone met at 1360 W Belt Line Rd in Cedar Hill for BBQ from Soulman’s at 6pm and Eddy’s Presentation to follow

Given some of the recent hoverboard and Samsung battery “events”, there is a lot of discussion about whether lithium-ion batteries are a safe solution for the data center and broadcast applications.
This presentation discussed the evolution of the various lead-acid batteries currently available, but the main focus was about the future of energy storage, especially lithium-ion.
Barry weighed the tradeoffs between the various lithium-ion chemistries, discussed how lithium batteries are constructed, explained what a battery management system is, which regulatory requirements should be considered, and fire-mitigation/safety concerns. Further attention concerned the future. Given the amount of money flowing into alternative energy storage, what is beyond lithium-ion?

Our Thanks to John Schilberg
US Central Regional Sales Manager for Utah Scientific
for an interesting discussion
“From Pocket Protectors To Packet Sniffers – IP In Broadcast”
Over the past 40 years, the world of radio and TV Broadcasting has changed from analog, to serial digital, to IP. Years ago, we carried three main tools – the Xcelite R181, the R3322, and the P12S. The only “password” required was knowing how to operate the rack tray cover.
Times have changed, and now we’re working with signals that are carried on copper or fiber optic cables and function at blazing speeds!
The group enjoyed a bit of a trip back, and a look forward on what we might be able to expect in the future.

Dinner provided by Utah Scientific, was followed by the meeting
Join us next month – Everyone is welcome at J. Gilligan’s 400 E Abram in Arlington, TX

The October Chapter 67 Monthly meeting was
on Thursday, October 25th, 2018
at Gilligan’s.
Eddy Vanderkerken
Director of Sales-Broadcast at
RFS
presented
Antenna and RF System design for the FCC Repack:
This was a clear expalnation into how antenna design influences radiation patterns, how the design and manufacturing of antennas and RF filters has evolved, and the software tools that can be used to select the optimum solutions for the TV broadcaster during the FCC repack and beyond

Eddy Vanderkerken has over 30 years experience in the sales of TV and Video Test and Measurement equipment, TV broadcasting products, as well as managing and directing sales teams.
Born in Belgium, he received his MSEE degree in Electronics from the Erasmus University College in Belgium, and is fluent in five languages.
For 15 years, Eddy was responsible for the sales of Rohde & Schwarz T&M products in Belgium, focusing on Video and TV applications. In 2001, he moved to the USA with his family, to help expand the Rohde & Schwarz USA sales organization, and was their Director of Sales for the broadcast T&M and transmission products for 10 years.
Eddy founded his own business in 2014, SOURCERER LLC, reselling T&M equipment for the TV, video and broadcast markets in the USA, based out of Dallas,Texas.
Currently he is the Director of Sales for the broadcast division of Radio Frequency Systems (RFS) in the USA, and is actively engaged in the ongoing FCC Repack.

Eddy and RFS bought dinner at 6pm and the meeting started at 7pm
And, it happened again at J. Gilligan’s 400 E Abram in Arlington, TX